There’s something about a boy and his truck…er, I think that expression is usually about a boy and his dog, but in Garrett’s case, he’s all about his truck. His Chevy played a big role in his Senior Session, and he had every reason to be proud: he bought and fixed it himself, another in a long line of fixer-upper trucks he’s flipped. 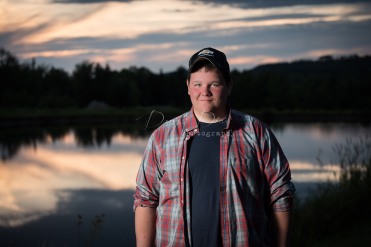 The skies cooperated, too — dramatic storm clouds rolled in as we were headed to our second location, and we just had to stop to grab a couple of shots on an open field, with the big dark sky rolling out over us. As I set up my light, I had a moment to think, Maybe setting up a light with a huge battery on an aluminum pole isn’t the best idea when I can hear thunder, but the need to grab the shot overrode my common sense (and hey! I made it!). 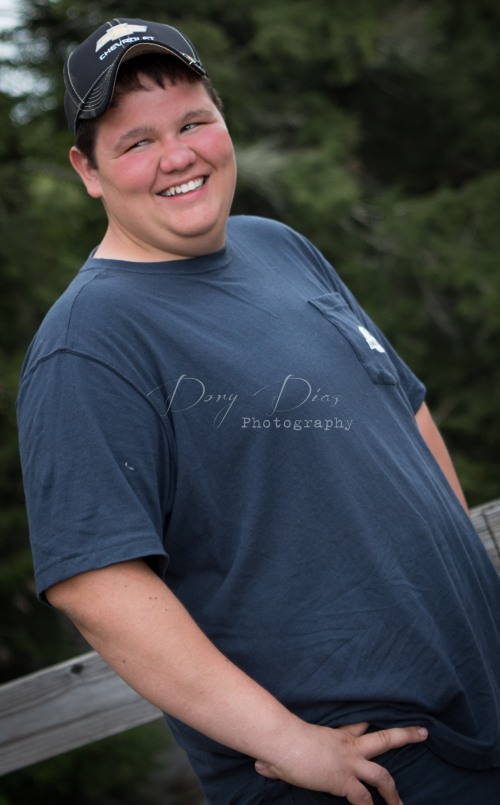 By the time we arrived at our last location, the pond in front of his aunt’s home, the light was fading fast, but Garrett’s friend Cody drove Garrett’s truck around the backside of the pond, and I was able to include it in the shots with gorgeous colors of the sunset providing a backdrop.

Through it all, Garrett was an awesome sport, willing to do whatever I asked (and even listening to his mom when she told him to use his “real smile”. I’m so glad I was able to spend a couple of hours with him and his family…and his truck, of course!